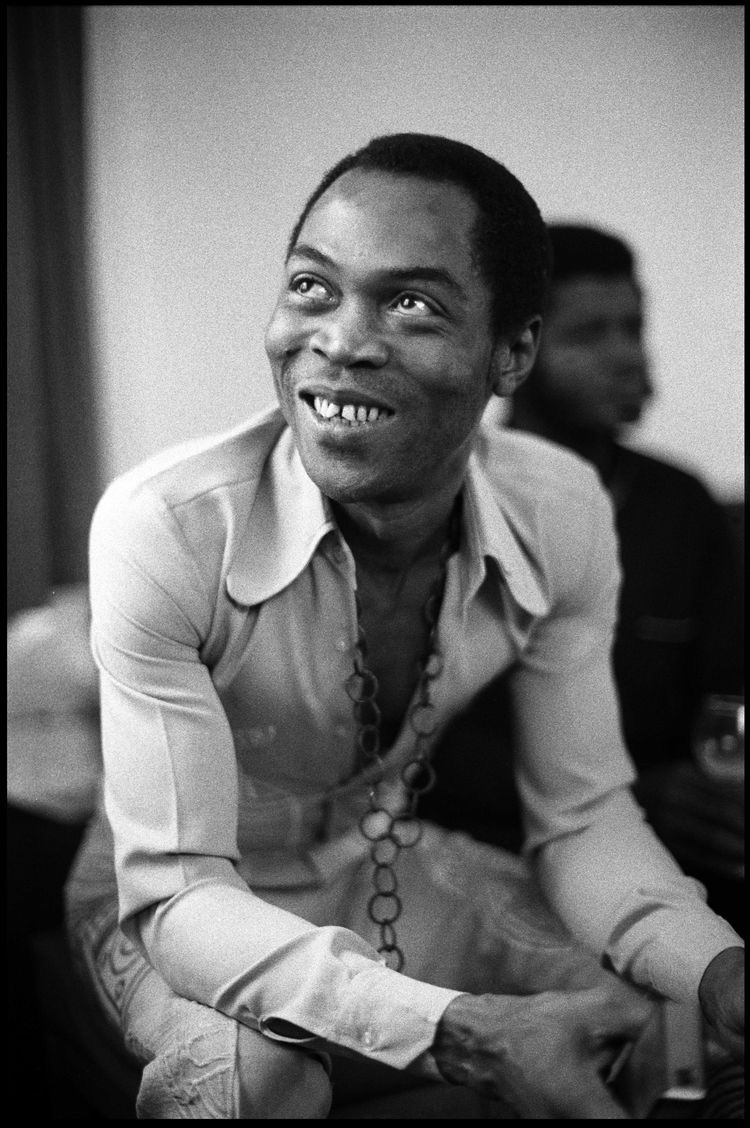 Think N.W.A’s ‘Fuck the Police’, then think Fela Anikulapo Kuti… you might be offended at this point. Good. Wouldn’t want you reading this with your guard down. And neither would the man you’re about to read about. From the jump Fela was always a rebel when it came to his music. Defying the norms and doing the damn thing. I’d describe Fela’s musical arrangement as purposely leaving a stainless-steel spoon on a dish entering the microwave and daring it to explode as the brochure said it would. Fela, an Afro-beat savant and musical genius, produced some of the most unorthodox, jarring yet downright groovy, funky music that is bound to get you on your feet. Gyrating. Vigorously.

"The music of Africa is big sound: it's the sound of a community. -Fela Kuti"

I can still remember the first time I heard Fela. Let me paint you a picture. It’s a slow, sunny Sunday morning, the kind where you drink coffee and listen to slow music. I’m lying on the couch by the window drinking up the morning sun and Frank Ocean is in the background crooning about thinking about you, oooh no no no (btw, can we get another album, please?). My phone beeps and I’m slightly irritated by the interruption but I check it anyway. It’s a text with a link accompanied with the words “check this out * insert fire emoji *”. I contemplate ignoring the text and continue with my mood music but I’ve listened to Channel Orange fifty million times so what the hell, let’s give this a shot. I tap on the link and the intro to “Gentleman” starts playing. Instantly the room is filled with the sound of this incredibly funky saxophone progression. I sit up. Then the percussion and guitar come in and my head involuntarily starts nodding and my foot starts tapping. Fuck. This is good. By the time Fela is singing “I no be gentleman at all o/I be African man original” I am having a full-on dance party by myself. Alone. This is how all Sundays should be spent really, full of life and twerking to Fela.

Arguably, the most remarkable thing about Fela’s music was the fact that it was radical and defiant at a time when Nigeria and Africa at large were ready to be revolutionized. Fela was born to an upper middle-class family with political activists for parents. His father was the president of the Nigerian Teacher’s Union and his mother was a women’s activist and an anti-colonial protester. So, technically, the foundation for a future in political activism had already been laid. His Parents, focused and with a vision of what a better tomorrow held, sent him off to London to study medicine with the hopes that he would one day become Nigeria’s Minister of Health. Go figure. Fela, ever the mutineer, said miss me with the bullshit and changed his major within a few days of touching down in London town.

His musical journey began shortly after when he started playing the trumpet for a highlife influenced jazz band in London. His musical transformation, on the other hand, took place over a couple of years in several places until it became the Fela sound we all know and love today. Much unlike the music we listen to today, Fela’s sound was nonconformist and provocative. Music nowadays is as polished as its artists; gold, luxury cars and a variety of bling bling sell the tracks. At first glance, you’d dismiss Fela as a weed sucking homeless man; which I’d liken to someone using Tobasco sauce as eyedrops, great to taste but not appealing to the eye. And that was Fela for you, as raw as they come. 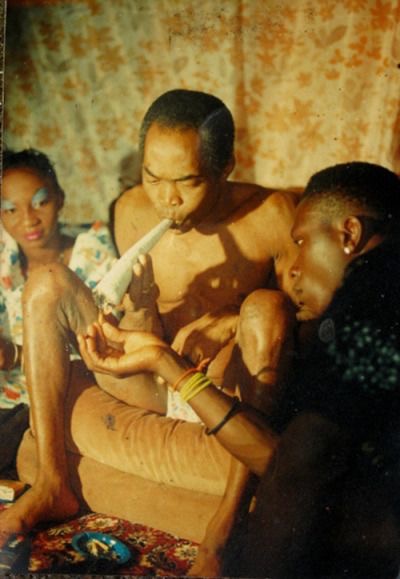 It wasn’t until after the early 1970s, following his time spent in the States in the late 1960s with the Black panthers who introduced him to the messages of Malcom X, that his music started featuring Pan-Africanist content. Fela became Afro-conscious, and with that, a revolutionary was born.

“I must identify myself with Africa. Then I will have an identity. -Fela Kuti”

His new political outlook came with a Pan-Africanist identity that was accompanied by changing his surname from Ransome-Kuti to Anikulapo-Kuti. Anikulapo translates to “he who has pocketed death”.

How badass is that? He also started singing primarily in pidgin and his native Yoruba, using his music as a tool to champion for Pan-African socialism and to speak up against the system. Fela used his music to tell people about military dictatorship, the stealing of millions of dollars out of Nigeria by multinationals, the dire living conditions of the masses and the economic, social and political crises going on in Nigeria. He was calling for Nigeria’s and Africa’s awakening. 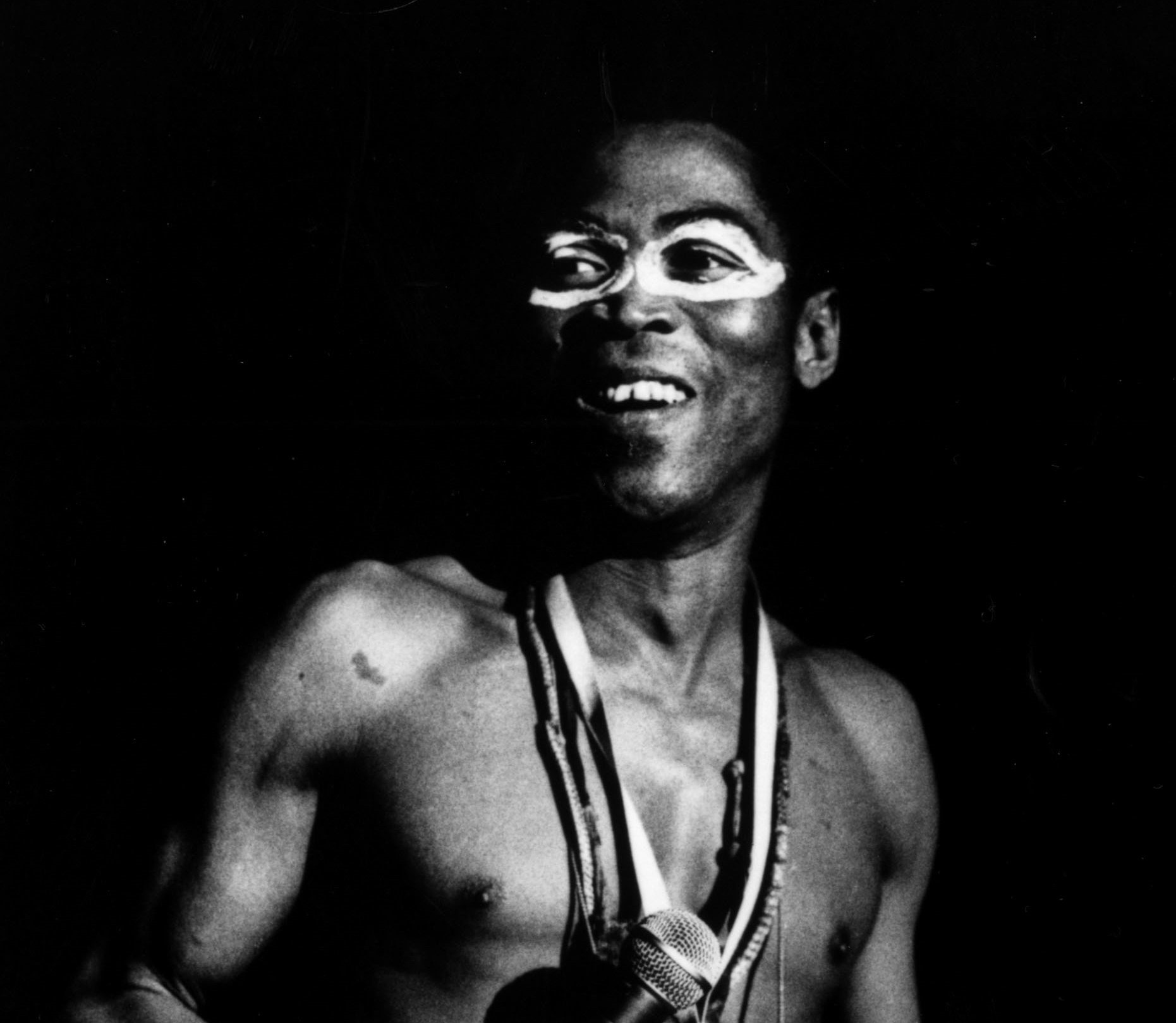 Fela went ahead and built Kalakuta Republic (named after the nickname of a prison cell he once occupied) which was his communal compound that included a free healthcare facility and a recording studio. He declared Kalakuta Republic independent of the state that was ruled by the military. Kinda like the way Cersei found Danaerys and her "little" dragons problematic, the military found Fela extremely problematic and his political activism definitely did not sit well with them. Hence, in 1977 Kalakuta Republic was invaded by the military and burned to the ground. Fela’s mother was thrown out of a second-floor window during the attack which led to her death. But, if there was one thing Fela was not, he was not a coward. The military invasion of Kalakuta did nothing to silence his revolutionary spirit; if anything, it riled him up. He responded to the attack by releasing the album “Zombie” which called out the military’s low-ranking officers’ who are inclined to obey before they complain and very much unlike them, civilians complain before they obey. Always. Like I said, think N.W.A shouting “Fuck the Police.”

“I refuse to live my life in fear. -Fela Kuti”

He continued to call out the government and their capitalist BS through his music causing a massive awakening in Africa. Unfortunately, he died at the age of 58 due to AIDS related complications. Over one million Nigerians attended his funeral to pay homage to a true legend and African treasure. You see, music has always had an irrefutable ability to lend itself as a platform for social change. It’s an art form that allows you to challenge society’s traditional norms and values while being heard globally, which Fela took full advantage of.

Follow Us
Categories
Latest Content
All Eyes On Nyashinski As Fans Gear Up For A Taste Of "Lucky You" April 8, 2020
WAZI? FM Is Controversial and Thought-Provoking April 7, 2020
Behold The Dreamers Is Compelling, Passionate and Brutal In All The Right Places April 2, 2020
The Truth (Finally) Reveals Herself: A Critique April 1, 2020
tags
REVOLUTION
AFROBEAT
MUSIC
FELA